Answering your own homeschooling objections 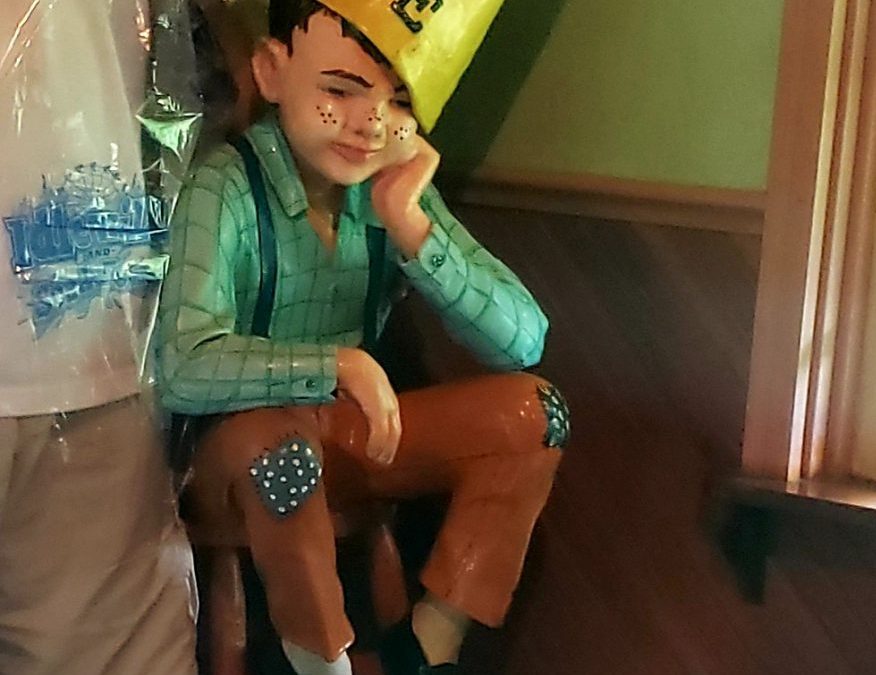 Don't underestimate your ability to teach your child!

In my previous two posts, I talked about why so many homesteaders also seem to be homeschoolers, and shared about our own journey into this undertaking (that I previously never thought I’d do!), and we explored why the homestead naturally lends itself so well to a school environment.

Last year, K-12 schools spent over $613 billion of taxpayer money. Can you even wrap your brain around that figure? The average public school spent about $14,000 per student. Some states, such as New York, laid out almost twice that amount. Meanwhile, Education News reported that Homeschooled students score higher on the ACT and SAT tests in comparison to their counterparts in traditional schooling. Furthermore, homeschooled students did not show variance in achievement in regards to race and socioeconomic factors like their public school counterparts. So the findings are that homeschooling levels the playing field for students of all backgrounds, and that they outperform their peers on standardized achievement tests – all this while homeschool expenditures are a tiny fraction of that used by the public school.

Please understand, none of this is to disparage teachers. In fact, I see teachers suffering under the same broken system as the students. I attended a practicum for homeschool training in July of 2019 and was astonished to discover that roughly half the individuals attending it with me were former public school teachers. They were outspoken about the system itself: how arbitrary guidelines are from district to district, how the classroom was being used as an incubator for social engineering, and how disillusioned they were with the expectations put upon them to teach on social, sexual, and mental health issues rather than reading, writing, and arithmetic. I distinctly remember one 7th grade teacher saying that she was shocked to be told during a training seminar that “junior high students don’t learn new concepts.” She was told that her job would be simply reviewing old information taught in prior grades.

Fast forward two years. I have a public school teacher friend in Connecticut who resigned this year, and a school superintendent friend of outstanding character and leadership ability who also resigned the end of this year because of what he felt was political nonsense. Another friend who teaches locally voiced recently that it’s all he can do not to throw in the towel because of what he described as “garbage” coming from the top (state and federal level) by people who’ve no background even in education.The system is pushing out good teachers.

And then there’s the appalling conditions some faculty are required to work in, as outlined in the resignation speech of this Teacher of the Year Award recipient.

So, I encourage you to do your own research on this topic. I’d done an in-depth presentation with a slide show for a group last year and had sources for all my statistics. And when I went back to look them up to reference in this article, many of them are no longer there. The links have disappeared. So, you may have to dig around a bit. Interesting times we’re living in.

Anyway, I want to get into some common homeschool objections that may rise up in you as you consider this undertaking, or perhaps some of these are ones you’ve heard from others.

This was one of my actual statements. I figured a trained professional must be more capable of transferring knowledge into my child’s brain. Whether you want to be or not, if you have a child, you are absolutely a teacher. Your child studies you very carefully, and you are wielding far more influence than you can imagine. If you suppose that you need a degree or some fancy training, why? Did you know that the United States had far higher literacy rates and proficiency in mathematics in the 1800s during the years of the one room schoolhouse, when a teenager might be certified as a teacher?  Don’t discount yourself as the most capable and best suited teacher for your own child! 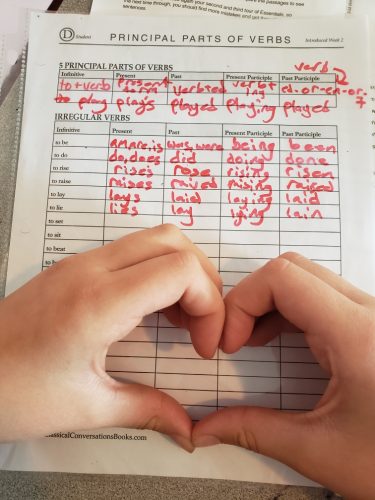 2. My child and I don’t do well together in this kind of setting

Strong-willed, even “explosive” temperament in a child is something I can understand very well. I could tell you stories. I could tell you about crying in despair over what I deemed had to be my parenting failures. I can tell you about all the behavioral books I read, and a parenting class I took. I can tell you that I remember hitting the different ages and thinking, “Four has to be easier than three…okay, she’ll outgrow this now that we’ve hit eight…okay this is draining, but by the times she’s ten or eleven we’ll be past this…”

And now, we’re on the cusp of the teenage years!

One of my children who fits the preceding description has very strong, natural leadership skills. It’s amazing to watch her in almost any setting organizing, delegating, and directing. But developing and nurturing those skills, and not getting reactive, can be challenging!

It takes time to establish that you are the teacher, and expectations for respect and effort mirror that of what was required in the traditional classroom. Our first year homeschooling, and the first few months specifically, were not easy. But they were good. Any investment that yields great dividends costs something.

3. I want my children to be a good influence on their peers so I’m sending them to public school.

This one is a staple in faith communities. It’s interesting that since the series of court cases in the 1960s in which prayer and Bible reading were formally removed as mainstays in the public schools, many Catholic parents removed their children from government schools, while the evangelicals sought to reform the schools by sending their kids into the den, as it were. How has that worked out? My husband and I were youth group leaders for many years. I know a handful of stories in which one of our kids had a direct spiritual impact on a peer. Whether it was lasting influence I don’t know. I am sadly aware of far more  influence coming the other way, in which fellow students and teachers had a lasting impact on our students that was not what their parents desired.

“The battle for humankind’s future must be waged and won in the public school classroom by teachers who correctly perceive their role as the proselytizers of a new faith: a religion of humanity — utilizing a classroom instead of a pulpit to carry humanist values into wherever they teach. The classroom must and will become an arena of conflict between the old and the new — the rotting corpse of Christianity, together with its adjacent evils and misery, and the new faith of humanism.” So wrote John J. Dunphy in his award-winning essay, The Humanist in 1983.

You see, it’s not that government schools are devoid of religion. When they removed the philosophy of Christianity out of which our Constitutional liberties spring, and from which the virtues of life, liberty, and the ability to rise from poverty into prosperity through equal opportunity, they replaced it with something else. Secular humanism, as noted by John J Dunphy in his essay to the public school teachers, is a religion. It’s the system of thought and altar at which Adolf Hitler worshiped (I was a German major, incidentally, and lived in Germany for some time and could spend hours just talking about the very startling trends in our culture that mirror the rise of the Third Reich. But that’s not what this podcast is aimed at).

Charles F. Potter, a signer of the “Humanist Manifesto,” spoke frankly of what few Americans were able to discern. “Education is thus a most powerful ally of humanism, and every public school is a school of humanism,” he wrote in his 1930 book Humanism, a New Religion.

“What can theistic Sunday school, meeting for an hour once a week, and teaching only a fraction of the children, do to stem the tide of a five-day program of humanistic teachings?” Potter asked rhetorically.

A friend of mine said it this way, “Pastors hide in the safety of their offices while we expect baby Christians – our kids – to take on the school system.”

4. My kids need to be socialized.

If you homeschool, somewhere along the way you are bound to get the “socialization” comment. I’ve had it from people who don’t even have children. “Are they being socialized?”

First of all, I think it’s important to define what socialization even means. Does it mean that your child is learning virtues and good manners? Is he learning by being in the school system how to show kindness and deference to others? It’s important to define this in your own mind so you know what you’re talking about, and to see if the person posing the question knows what they’re talking about.

I was talking with someone from the South Bronx who now homesteads and homeschools in Virginia. She said it this way, “You know what socialization means? It means your little angel has now picked up every bad habit, every cuss word, and every germ from Johnny at school. That’s what socialization looks like.”

The religious community, family, and friends are the hub of where children used to learn how to develop their interactions with others. Personally, we are far busier with social events since homeschooling because we have time for more involvement in extracurricular activities.

Giving up income from a parent staying home to homeschool is a sacrifice. Again, I look at homeschooling as one of the greatest investments I can give my children. It’s part of a lasting inheritance I am leaving for them. There’s a fundamental principle called sowing and reaping. It is far easier to leave your children to grow up spending the majority of their waking hours with someone other than you. But what returns will you see? With any venture that demands your best time and energy, the rewards are immeasurable!

How about you? What objections do you face and how have you resolved them? Would love to hear from you, so please leave your comment below. 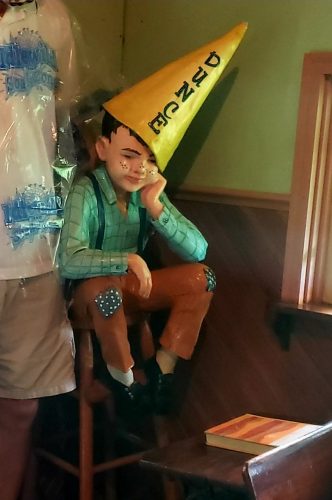 Don’t underestimate your ability to teach your child!