Raising Heritage Turkeys on the Homestead 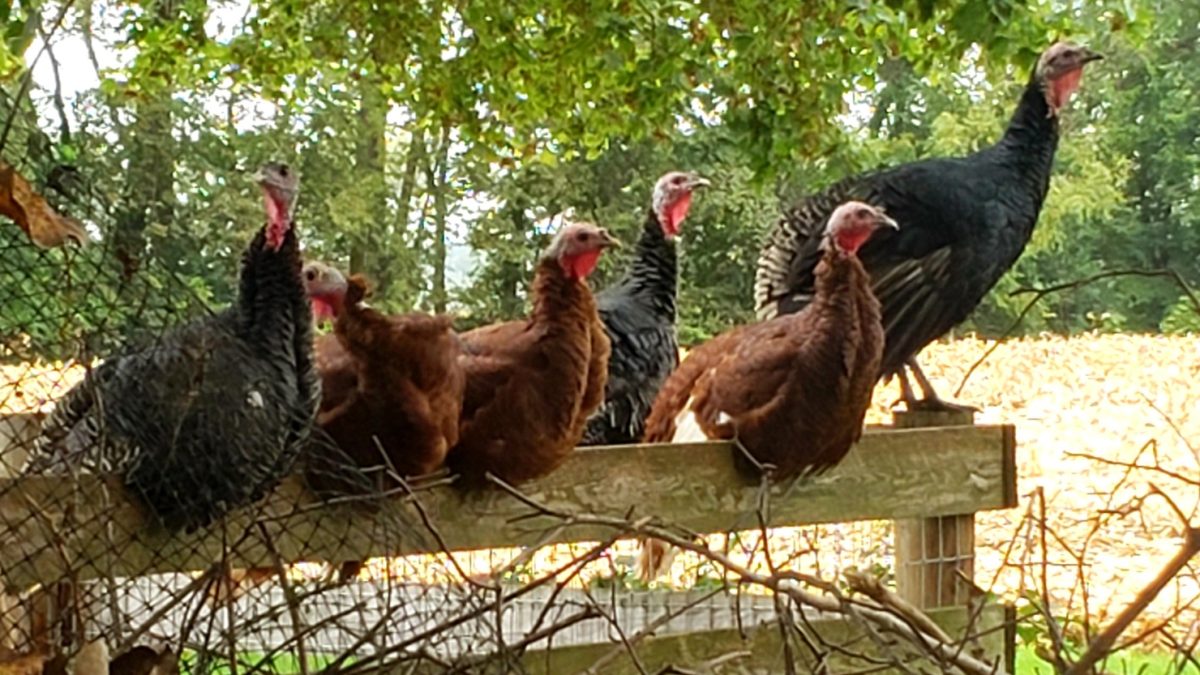 What a delight to know that you can play a significant part of rejuvenating an endangered breed of animal and preserve a piece of cultural heritage by raising heritage breeds! In my last post I answered the question, “What is a heritage breed?” and talked about my own interest in getting into heritage breeds on our homestead and the rewarding experience it has been. 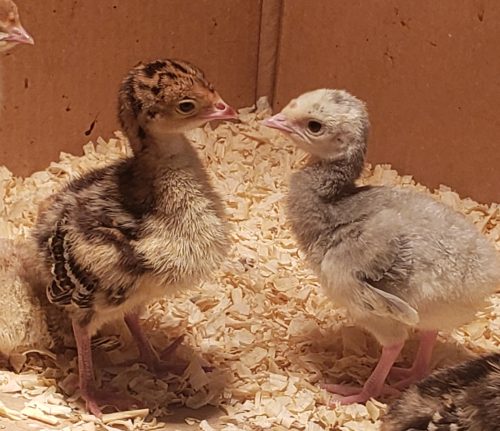 In this post, we’ll get into some detail about heritage breed turkeys.

What qualifies as a heritage turkey?

Turkeys are indigenous to the Americas, their domestication going back to the Aztecs of Mesoamerica and the Mayans of Central America. In the 1500s, Hernán Cortés discovered wild and domesticated turkeys in what is now Mexico, and brought them back to Spain.By the 1600s, turkeys could be found throughout Europe, and by the time the colonists sailed to the New World, they were bringing turkeys with them.

When the American Poultry Association formed in 1874, they established standards for five breeds: the Bronze, Black, Narragansett, Slate, and White Holland; later the Bourbon Red, Beltsville Small White, and Royal Palm were accepted into the APA standard of perfection.

By the 1960s, the Broad-Breasted White had been developed, and the Heritage Turkey fell out of favor with consumers. Because of the commercial bird’s unnatural structure, including a disproportionate keel, breeding had to be done through artificial insemination. Meanwhile, heritage turkeys were critically endangered. However, thanks to awareness and interest generated in these beautiful birds, they’ve seen a comeback in the last 15 years.

These qualities define the heritage turkey:

The Livestock Conservancy also recognizes other naturally mating color varieties that have not been accepted into the APA Standard, such as the Jersey Buff and Midget White, as heritage breeds. Esteban is a Black Spanish turkey

In some ways, raising turkeys is similar to raising other poultry, but there are significant differences. You should know that, 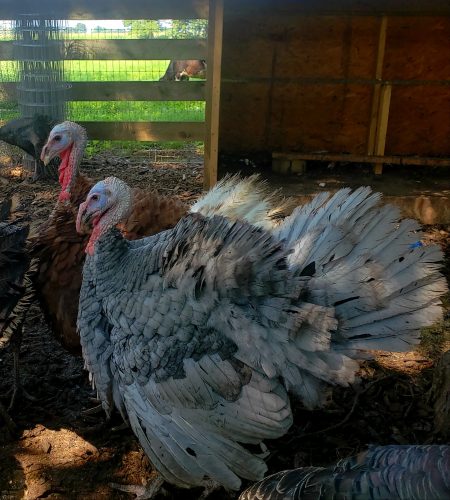 Even more than chickens, turkeys I find to be curious and personable. When the poults were little, it wasn’t unusual for me to put my hand palm-up in the brooder and have the most outgoing little guy scurry over and hop aboard. As adults, they follow me around eagerly when I’m outside.

What we will and won’t do again

Would I recommend raising heritage turkeys? Absolutely!  With proper management, you can raise these beautiful birds for pleasure, profit, and personal consumption on your homestead.

We raised 14 birds, buying them day-old and picking them up ourselves from a hatchery 2 1/2 hours away. We did not lose a single poult. Ten of them we processed at 28 weeks.

Our turkeys were raised on pasture with a diet abundant in clover and fresh fruit (we fed them fallen pears, apricots, stone peaches, and apples throughout the summer and autumn which they devoured with relish!). While we fed them a high-protein game bird feed, it was not organic. Next time, we aim to feed them an organic feed while supplementing all the fruits and fauna from our fields and orchard.

The other goal I look forward to is hatching future turkeys on our farm, rather than strictly purchasing from a hatchery.

My favorite for both disposition, color, and size is hands-down the Narragansett. While the brilliant color of the Bourbon Red adds flare to the flock, I’ve found this variety to be slightly on the smaller side in comparison to the Slate, Black, and Narragansett: and mine have tended to be flightier as well.

Given the opportunity, I would jump at a chance to raise the critically listed Beltsville Small White (not to be confused with the Midget Whites, although for show purposes the breeds are sometimes used interchangeably I’ve been told). I am presently in touch with a poultry conservationist for leads on this endangered breed (if you are reading this and yourself have connections, I’d love to join you in this endeavor of bringing back the Beltsville).

How about you? What is your interest in or experience raising heritage turkeys? Roosting area we built for our turkeys; later, we surrounded it with a fence and netting for safety at night