Say “I do” to the Roo: ten reasons why I keep a rooster 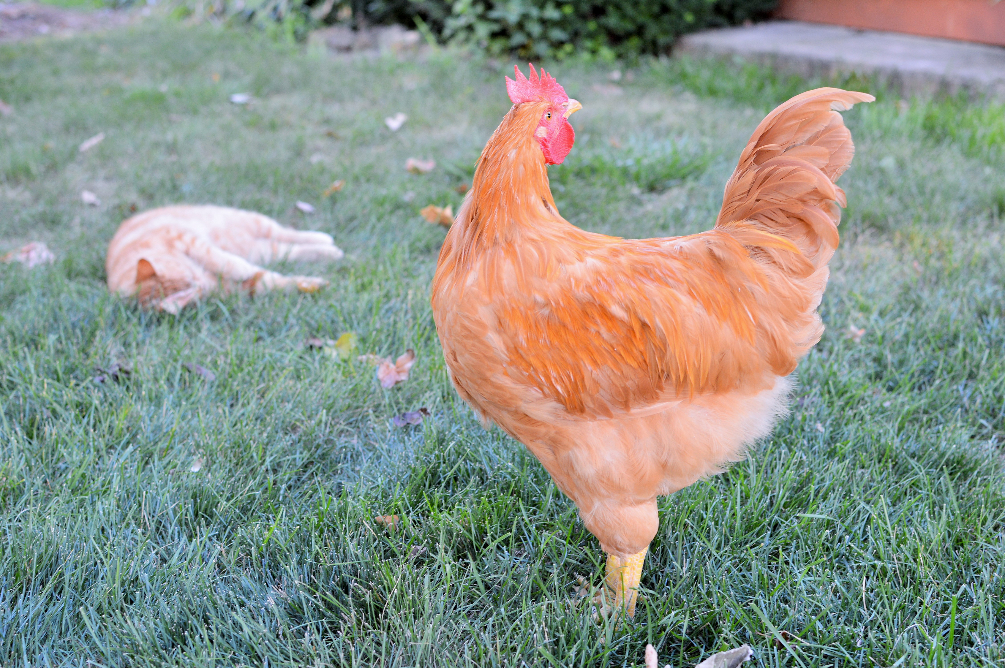 Macho, our first rooster, with Morris the Cat

Little did we know when we brought home our very first batch of chicks from the feed store that, among the supposed 12 pullets, were two roosters. We novices got clued in soon enough.

My seven year-old named the more dominant of the two George Washington, because the white fuzzy feathers on his head reminded her of the statesman’s Colonial wig. The other rooster was dubbed “Macho.”

We were hopeful that the two might peacefully coexist, as a farmer friend said occasionally it happens. But some time around the five month mark, while they were free ranging, Macho launched a coup against George Washington and overthrew him as head hauncho. Brutally attacking him, Macho chased GW into some shrubs, where he remained frozen in terror.

Thus Macho was re-homed to a friend’s house where he happily presides to this day over a harem of Red Sex Links. George Washington remained with our original flock, until one morning I walked out to find him suddenly and inexplicably rigor mortis in the run, with no evidence of attack or illness.

“She’s better off without him”

My dad relayed our easy-come, easy-go rooster story to a client of his who is also a chicken enthusiast, keeping an enormous flock of hens in his barn.

“No more rooster, eh?” the man replied. “She’s better off without him. Roosters aren’t nothin’ but trouble.”

I’d never anticipated we’d have a rooster, and I was sad for George Washington’s demise, but our pullets began to lay and I didn’t give it much thought. It was peaceful and quiet with pullets only.

Then one day, I saw a gorgeous, brilliantly plumed French Copper Maran cockerel offered free to a good home.

D’Artagnan became part of our flock.

Top Ten reasons why I advocate having a rooster

Having experienced both hens-only husbandry as well as two rounds of roosters, I enjoy keeping a rooster, and, in fact prefer it. Here’s why:

10. The right rooster will protect the flock but not harm its people (GW and Macho were Buff Orpingtons and occasionally mildly assaulted me; D’Artagnan, our Black Copper Maran, is docile and tame enough that my children can hold him. He’s never once gone after a person).

9. It’s comical to watch a rooster scold a hen who escapes the run and has to be returned to the coop in shame.

8. I (usually) enjoy hearing the crowing on the farm.

7. My roosters have all been perfect gentlemen when it comes to standing back and letting the hens eat first, even the most coveted treats.

6. While there’s always some minor disturbance and pecking when roosting, overall my hens seem to get along better under the rooster’s watchful eye.

5. A rooster will alert the hens if he finds food, signaling with repeated clucking until they come running. I’ve seen my rooster hop up to grab a hard-to-reach bug, leaf, or berry and drop it in front of the hens.

4. Hens tend to stick together better as a flock when foraging if there’s a rooster leading while free ranging. Strength lies in numbers, and a stray hen makes herself easy prey for a predator.

3. A rooster will alert the hens to run for cover if there’s a hawk overhead or some other danger (I’ve personally witnessed this more than once).

2. My guy D’Artagnan is magnificent to look at.

And the number one reason I prefer keeping a rooster is [drumroll],

Of course, neighbors and neighborhood ordinances, as well as breed of chicken and size of coop play a factor into the pros and cons of raising a rooster.

How about you? What’s your experience keeping a Cockerel? Are you “girls only” or “team rooster”? 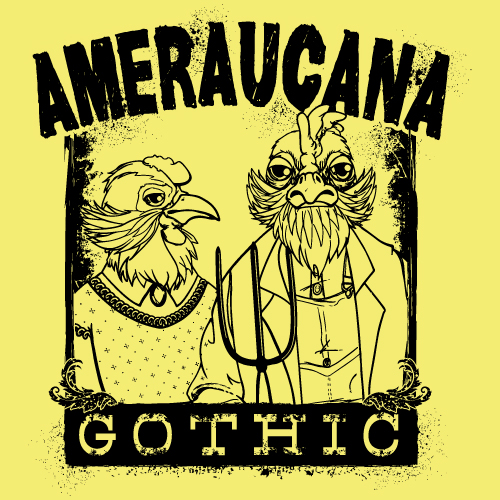